Head coach Bob Lilley told him the news, and he instantly was excited for the opportunity to play. His excitement carried over into the match.

Kahsai made his first career start in the game against the Charleston Battery on Saturday, May 4 at MUSC Health Stadium. Even though the Hounds didn’t win, they tied the game, 2-2, and it’s a game Kahsai will always remember.

“Obviously I was excited,” Kahsai said. “The first 10 to 15 minutes, I was very excited and I wanted to get on the pitch quicker than expected. It felt good.”

The people who helped push Kahsai to always do his best and obtain his first career start are his parents and his brothers.

On and off the field, fellow midfielder Mouhamed Dabo motivates Kahsai to work hard every day and shows him the ropes. Their friendship started when Kahsai stayed with Dabo during trial.

“Ever since then we clicked, and he is like a brother here,” Kahsai said.

Dabo did not play in the game on Saturday due to injury. Even though Dabo didn’t play, he showed his support for Kahsai by shouting him out on Instagram.

Kahsai had high hopes of the Hounds winning the game played on Saturday and was disappointed coming away with one point. But he has decided to look at the positives from the game, learn what to do better and move forward for future games.

“It was a good performance,” Kahsai said. “We should have got three points, but we got a point.” 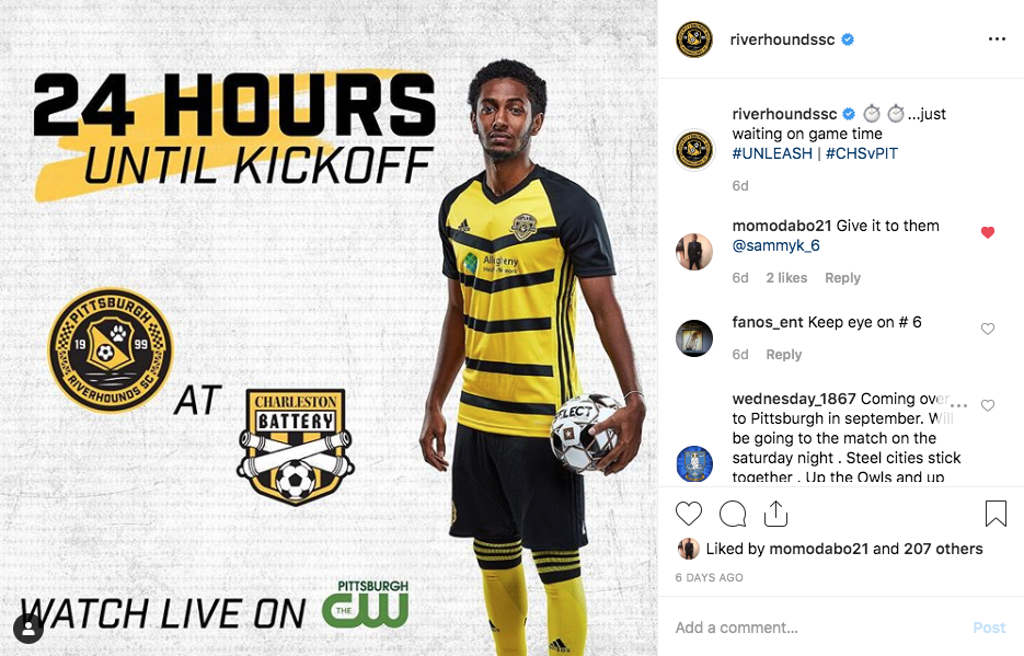