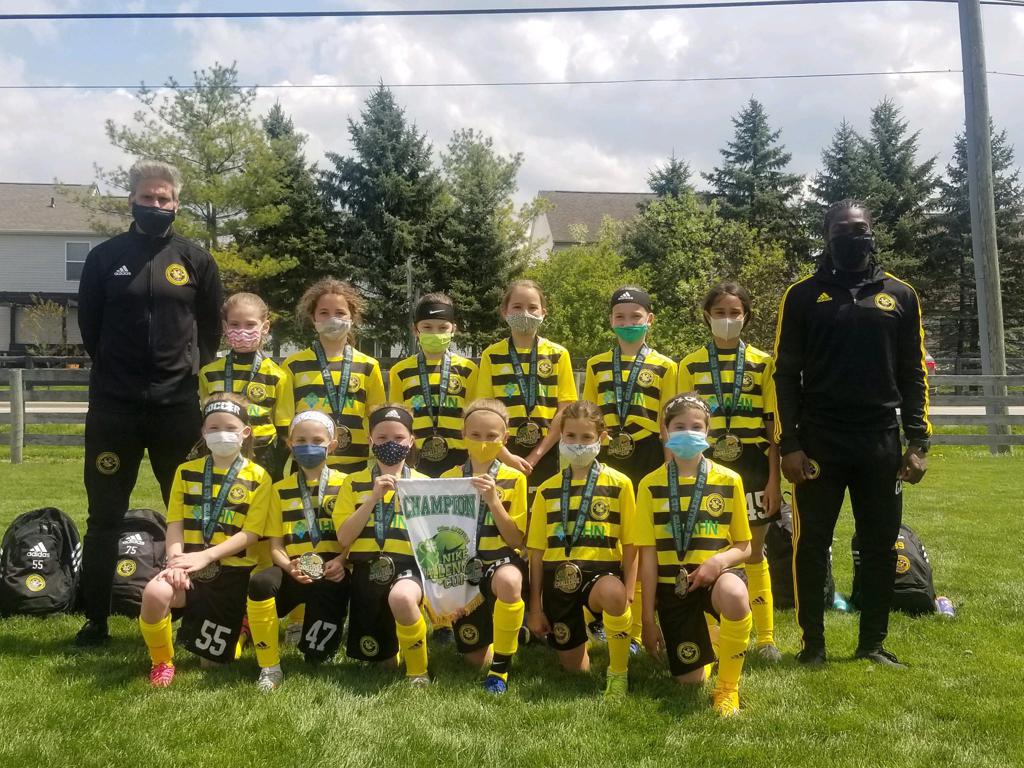 Congratulations to the 2011 Girls, who swept through the competition to win the Club Ohio Nike Challenge Cup in Dublin, Ohio on Sunday, April 18.

One of the RDA’s youngest teams took over top billing last weekend.

The 2011 Girls put together four great matches to win their division at the Club Ohio Nike Challenge Cup in Dublin, Ohio, finishing off Sunday with a 7-1 win over Century United in an all-Western Pa. final.

The team outscored their opponents 22-1 on the weekend, cruising through the group stage with three consecutive shutouts, while Lilia Bhuta and Gianna Marts paced the scoring effort throughout the tournament.

While the young Hounds were taking care of business in Ohio, the older girls teams were hosting another ECNL weekend at Highmark Stadium and Montour Junction, as Ohio Elite and Racing Louisville provided the opposition Saturday and Sunday, respectively.

The 05 Girls were double winners on the weekend, but they didn’t make it easy in either game, pushing out to a big lead before holding on for a 3-2 victory in each match. Alexis Tylenda, Fiona Mahan and Lola Abraham scored in the opener, while Tylenda and two more from Mahan accounted for the Sunday goals. Lucia Wells also was outstanding for the Hounds, filling in with the team missing Ava Boyd for the weekend’s games.

The 07 Girls took four points from the weekend, as Simone Sharpless scored and Isabella Costa bagged the late winner in a 2-1 triumph over Ohio Elite. The team then battled in one of the weekend’s most even matches, a deserved 0-0 draw with Louisville.

Wrapping up the weekend with a win was the 02/03 Girls, who bounced back from a tough 3-2 loss for a convincing 3-0 win over Louisville behind a Melissa Riggins hat trick.

Other weekend matches saw the 08 East Boys snag a 2-1 win over the 08 RDA II Boys in an all-Hounds GLA matchup. For more from the weekend and throughout the spring season, visit the Live Results page.