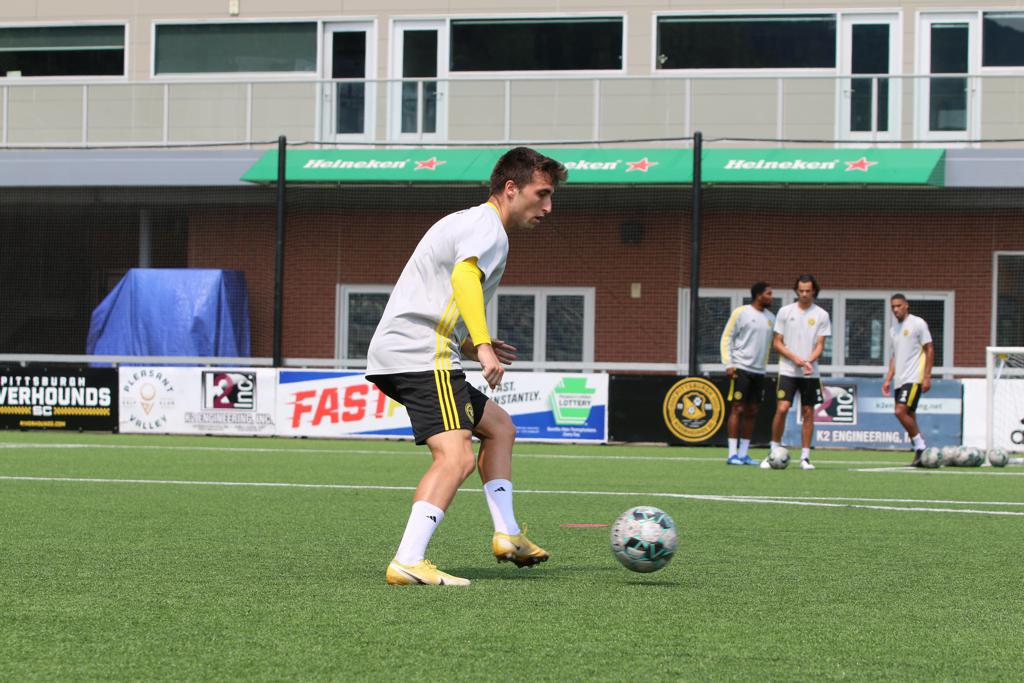 While the official midpoint of the season isn’t until the end of the month, the looming 10-day gap between matches for the Riverhounds feels like the first major checkpoint of 2021.

The Hounds go on the road to face the Charleston Battery at 7:30 p.m. Wednesday, and a win would send the team to that break with heaps of momentum from what would be a fifth win in six matches and a seventh win from their 10-games-in-40-days sprint.

The match, which will be streamed on ESPN+, pits the two USL Championship sides that were playing matches in the 20th century against one another, but the old rivalry gets a new twist from being the first meeting at Charleston’s new Patriots Point Soccer Stadium.

These are the 3 Things we’re looking for in the match, and it’s not all about soccer, either:

Weather delays are not unusual for the Hounds, but this one could be a little different.

Hurricane Elsa — officially a tropical storm, as of Monday night — is currently bringing high winds and rain to Cuba and is expected to move northward up the Florida coast Tuesday.

The Hounds will arrive in Charleston well ahead of the storm’s arrival, but with predictions showing the storm might have made its way to Georgia by Wednesday afternoon, there is a possibility it could be impacting the weather conditions in Charleston by 7:30 p.m. Wednesday.

The most likely scenario at this moment is that the game will go on with no problems, but there may be a delay to the team’s flight home Thursday. But, as is the case with all weather forecasts, things can change quickly, so this is a storm that bears watching.

With the 10-day break ahead, the Hounds’ need to rotate their lineup isn’t as pressing as it has been for the past month. For that reason, except the strongest possible lineup on the team sheet, especially with Russell Cicerone and Dani Rovira both come off bench appearances last Saturday.

Easy as that sounds, there will be a few difficult choices, most notably what to do with Louis Pérez after two strong starts in a row. The French midfielder has acquitted himself well playing out of position at left wing back, but will the Hounds keep him there or opt for a defender by trade?

Even if that spot ends up going to Rovira, the left-footed Preston Kilwien or another option, the emergence of Pérez gives the Hounds an extra attacking piece if they need to shake things up during the game.

For as well as the Hounds played, especially in the first half, against Charlotte, the team still needs to be more clinical in its finishing.

Pérez and Kenardo Forbes both had good looks at goal that sailed over, while Forbes was denied by Brandon Miller on a golden opportunity late in the first half. As good of a save as that was, Forbes would have been celebrating his first goal of the season if he placed the shot a little closer to a corner of the goal.

The Hounds have been creating chances at a reasonably high rate, but their scoring totals won’t go up until they can improve the precision on their shots. Long-term, only putting four out of eight on frame in a first half the Hounds utterly dominated won’t cut it.