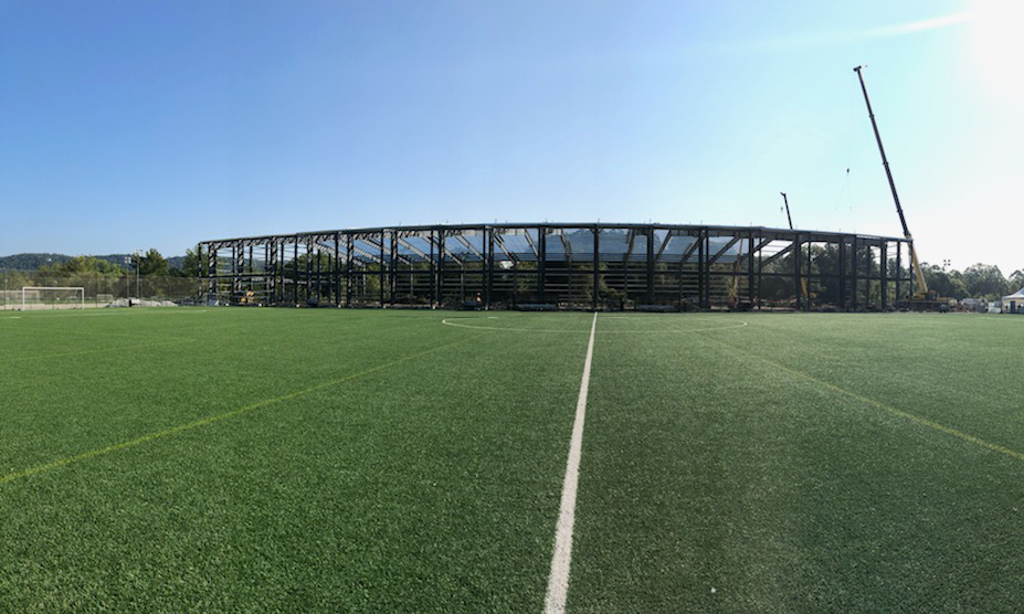 The ever-developing AHN Montour facility was the backdrop for another great weekend of ECNL Girls action Sept. 25-26.

Another ECNL weekend came to Montour Junction on Sept. 25-26, and it was Tennessee SC and FC Alliance, both out of the Volunteer State, who traveled north to be the opposition for the Riverhounds Development Academy.

Both Regional League teams in action got results to wrap up the weekend, and the 2009 RL Girls had a particularly good Sunday with a 6-1 win over FC Alliance. Quinn Miller scored a pair of goals, and Emerson Shine, Lauren Paugh, Addy Richardson and Alexa Yurko also had goals in a match where the Hounds ball movement showed much improvement, and the good passing led to good scoring chances.

The 2008 RL Girls just missed out on a win, as a late free kick goal gave FC Alliance a 2-2 draw. Chloe Karsman and Miladjia Pavlovich both scored on assists from Morgan Ferris, and Cianna Brockenback stood out along the back line for the Hounds.

The 2008 and 2009 Girls both battled hard to get a result from the weekend after Tennessee SC swept the Saturday matches, but both Hounds sides fought hard, only to fall by matching 1-0 scores to FC Alliance.

The 2010 RDA II Girls got a pair of goals by Alexa Pealer — one just 15 seconds into the match — and one by Ellie Powers to win their season debut 3-1 over North FC. The 2011 Boys also got an opening-minute goal and made the lead stand up for a 5-4 win over Force Blue. Keller Gilson netted four goals and an assist, and Emi Vasquez Perez had a goal and an assist in the victory.

Follow along with the action all season on the RDA Results page.