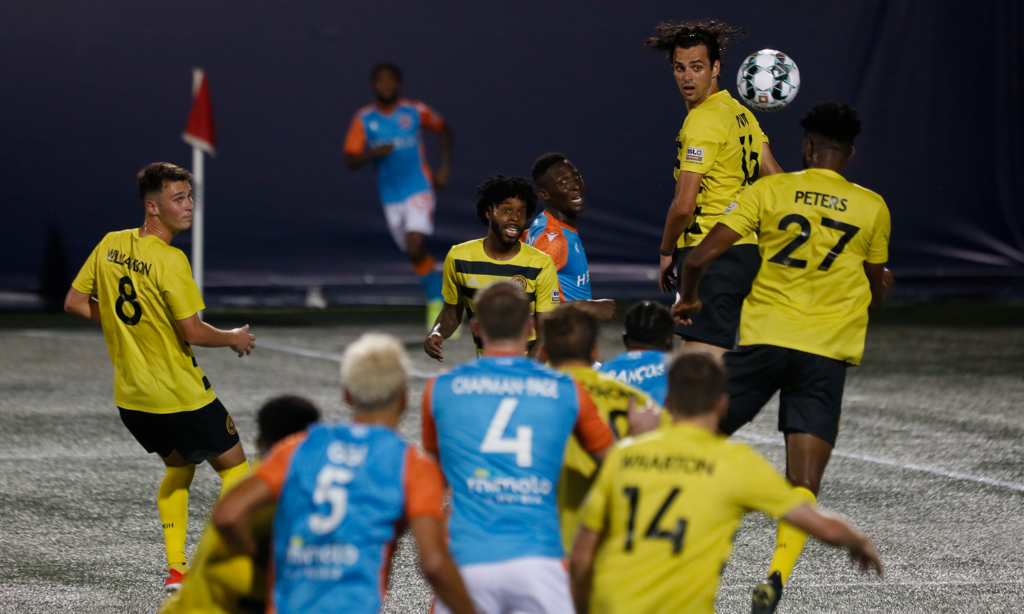 PITTSBURGH (Oct. 15, 2021) — Positioning and home field for the playoffs are on the line when Pittsburgh Riverhounds SC goes on its final road trip of the regular season to face Miami FC at 7:30 p.m. Saturday at Riccardo Silva Stadium in Miami.

The match will be televised on 22 The Point and streamed on ESPN+.

The Hounds (15-8-6) and Miami (14-8-6) are separated by three points in the standings with the Floridians holding a game in hand, which makes Saturday’s fourth meeting of the season critical to both team’s chances of claiming second place out of the Atlantic Division and the first-round playoff home game that comes with it.

Miami has had the Hounds’ number in the teams’ first season facing one another. The Hounds have scored first in all three matches, only to see the lead slip away for a 1-1 draw June 12 in Pittsburgh and a pair of 3-2 defeats, Aug. 11 in Pittsburgh and just two weeks ago in Miami.

Former Hounds forward Christiano François is Miami’s leading scorer with 10 goals on the season, and he has been a menace to his former club with two goals and an assist in the three meetings. He is likely to be spearheading the attack down the right flank once again, with playmakers Ariel Martinez and Billy Forbes and striker Lamar Walker giving the hosts lots of speed up front, something that has given the Hounds problems all season.

Miami will be without defender Paco Craig, who is suspended after being sent off in his team’s shock 3-2 loss to Loudoun last week. Midfielder Speedy Williams — the Robert Morris University product — is back with the team after playing midweek for Jamaica in their World Cup Qualifying win over Honduras, and whether he is fully available or on a minutes restriction is unknown.

The Hounds, meanwhile, have almost a full squad to choose from after striker Albert Dikwa ended a two-month absence with his appearance off the bench Sunday in the 2-0 win over the Tampa Bay Rowdies. That gives coach Bob Lilley some options, but also some tough decisions, in selecting the 18 that will fly out of Pittsburgh on Friday after a light morning training session.

Captain Kenardo Forbes, a player more known for his passing than his finishing, has been lethal against Miami, scoring three of his five goals on the season against them. With 12 goals combined in three meetings, both teams would like to clean things up defensively, but both understand it will likely take more than one goal to get a win Saturday.

Both teams also will be interested in the result of the Atlantic Division match between the Charlotte Independence and Charleston Battery kicking off 30 minutes earlier.

The Battery (9-11-7) must win to remain in the hunt for a playoff spot, while Charlotte (15-9-4), despite entering the day in third place, is actually the team that would claim second place over the Hounds and Miami if they are able to win out over their final four matches.

For a deeper dive into the matchup in Miami, check out our 3 Things feature, which appears before every match.

To see the Hounds' complete 2021 schedule, visit riverhounds.com/game-schedule. Tickets for the team's remaining regular-season home games — Oct. 23 vs. Charleston and Oct. 30 vs. Hartford — can be purchased now through Ticketmaster.