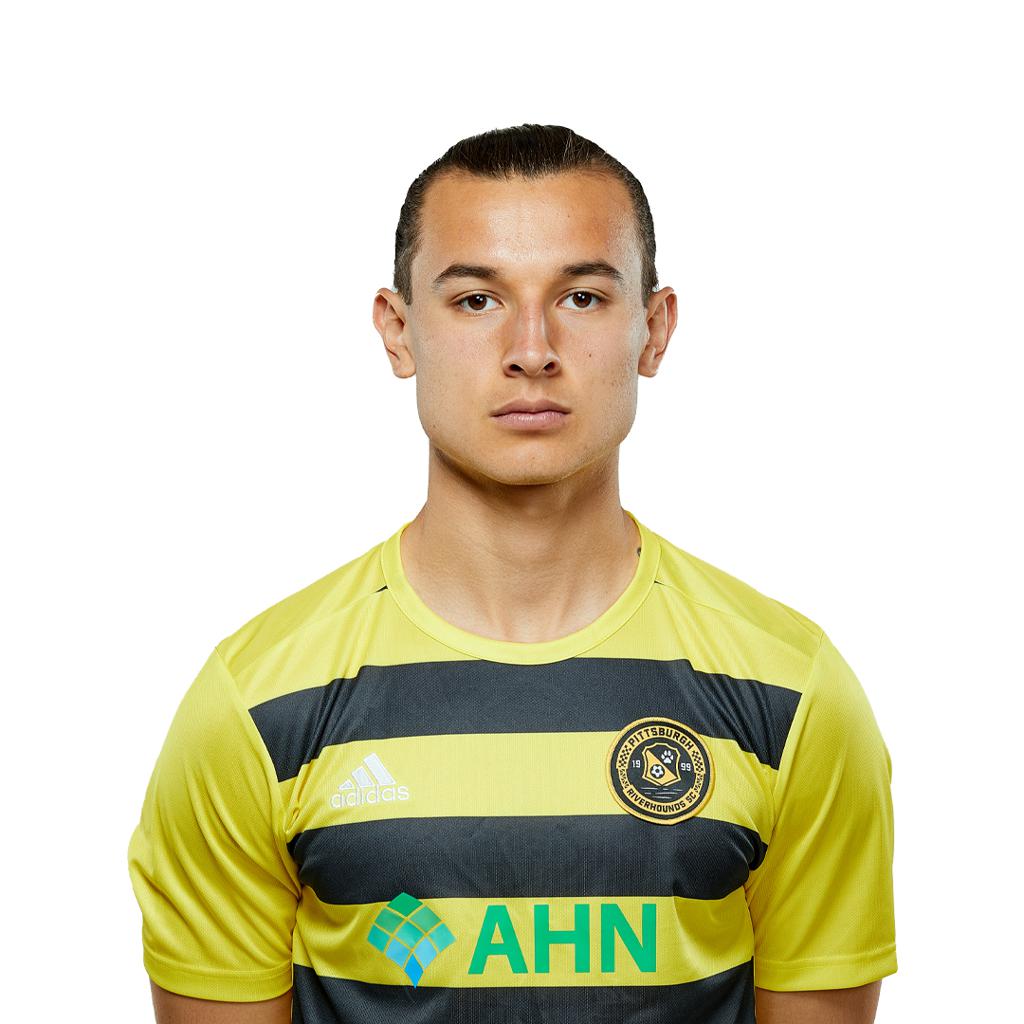 As a rookie in 2020, Griffin established himself as a regular part of the Hounds lineup, appearing in all 16 games with 13 starts. He scored his first professional goal in the second match of the season, a 6-0 win at Philadelphia Union II on July 18, and he finished with two goals and two assists on the year.

Before arriving in Pittsburgh, the Providence College product was drafted by Columbus Crew SC with the 49th overall selection in the second round of the 2020 MLS SuperDraft, but he went unsigned.

At Providence from 2016-19, he made an instant impact. He started all 20 matches played as a freshman and was a unanimous selection to the Big East All-Freshman Team. He also was named All-Great Lakes Region Third Team for his freshman season. He capped his time with the Friars with an All-Big East Third Team selection as a senior.

The Wethersfield, Conn. native finished his career at Providence with 80 games played — all starts — and 13 goals and six assists.