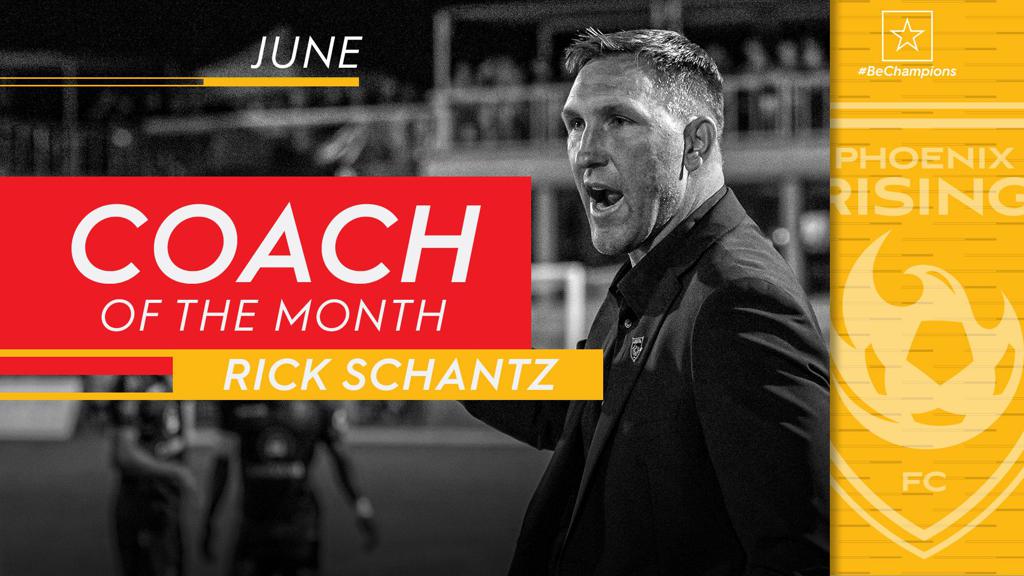 TAMPA, Fla. – Phoenix Rising FC’s Rick Schantz has been voted the USL Championship’s Coach of the Month for June after leading the club to five consecutive victories over the course of the month that moved Rising FC to the top of the Western Conference standings.

Schantz’s side compiled a remarkable record throughout June, recording a league-high 19 goals across its five victories during the month and a +16-goal differential. The month was capped by a dramatic 4-2 win against the then second-place Portland Timbers 2 that saw the side score twice in stoppage time to earn victory. Rising FC is now on an eight-game winning streak, two off the league record held by FC Cincinnati of 10 consecutive regular season victories.

The award is the second of Schantz’s tenure at Rising FC, having previously won the award last June.

“It’s an honor to be recognized by the league. But, in my opinion, this award is recognition for the hard work the players and staff put in over a short period of time,” said Schantz. “Our goal is to put together as many months like June that it takes to win the Cup. While appreciated immensely, I know that we still have work to do. We won’t rest until our goals are achieved.”

Schantz received 75 percent of the vote to take the award. Indy Eleven’s Martin Rennie finished second with 22 percent after leading his side to an undefeated record that saw it move into the top two positions in the Eastern Conference.