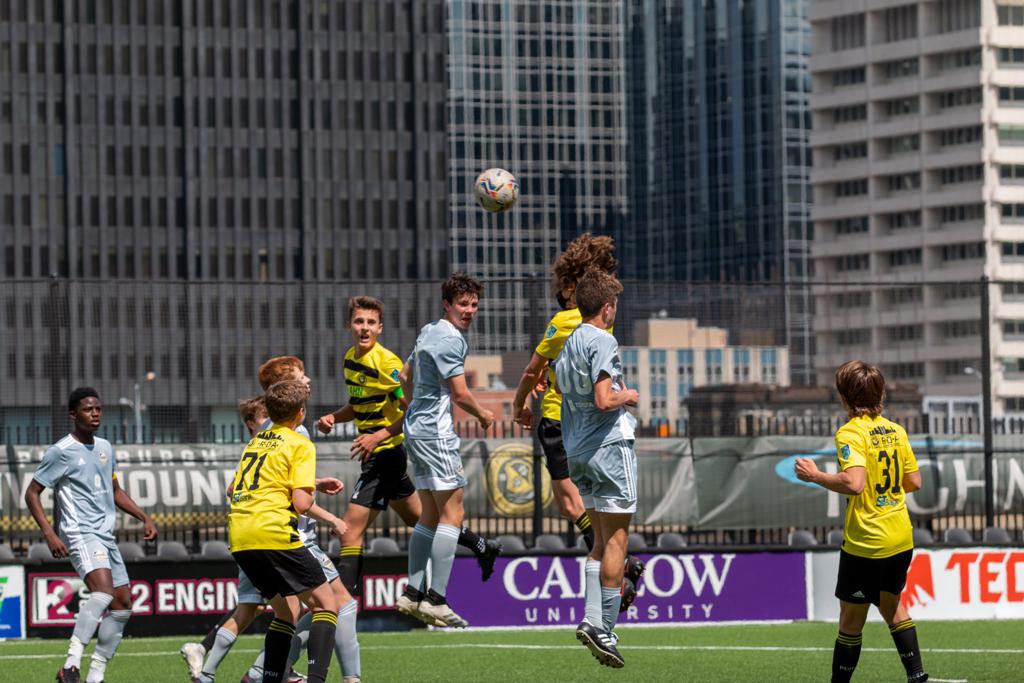 The RDA’s ECNL Boys teams got a weekend at home, and no one took more advantage than the 2006 Boys squad.

The Louisville City victory was an extremely tight affair between two very even teams, but Johnny Krug made the difference for the Hounds. Krug was fouled in the box to win a penalty kick, and then he converted it himself for the lone goal.

Saturday’s win came a bit easier, as Jackson Suski and Krug each put a pair in the net, while JJ Vozar also scored for the Hounds. Pablo Linzoain assisted on three of the goals, and Peter Notaro was stout anchoring the back in the clean sheets.

Across the board, Saturday was a good one for the ECNL sides, who swept Ohio Elite in the six matches from 02/03 to 08 age groups. Among the highlights was a last-minute win for the 04 Boys, who blew a three-goal lead but escaped with a 4-3 win on Caden Carpenter’s second goals of the match.

Also of note was Roman Agonstoni’s hat trick for the 07 Boys in a 6-2 win, Owen Shearer scoring the only goal in a 1-0 win for the 08s, and Alex Hauskrecht scoring in his 10th consecutive game in a 5-2 win by the 05s, though the remarkable streak came to an end in a 2-0 loss to Louisville on Sunday.

Regional League sides also logged some good results, led by the 07 RL Girls, who were double winners. The team topped league newcomers Kings Hammer (Ky.) and Ohio Elite by matching 2-0 scores at Montour Junction, while the 06 East Girls and 04 RL Girls also picked up wins on the weekend.

In total, more than 30 matches were played on the weekend, and the Live Results page is still up and running as the place to check in on how both City and East sides fared.