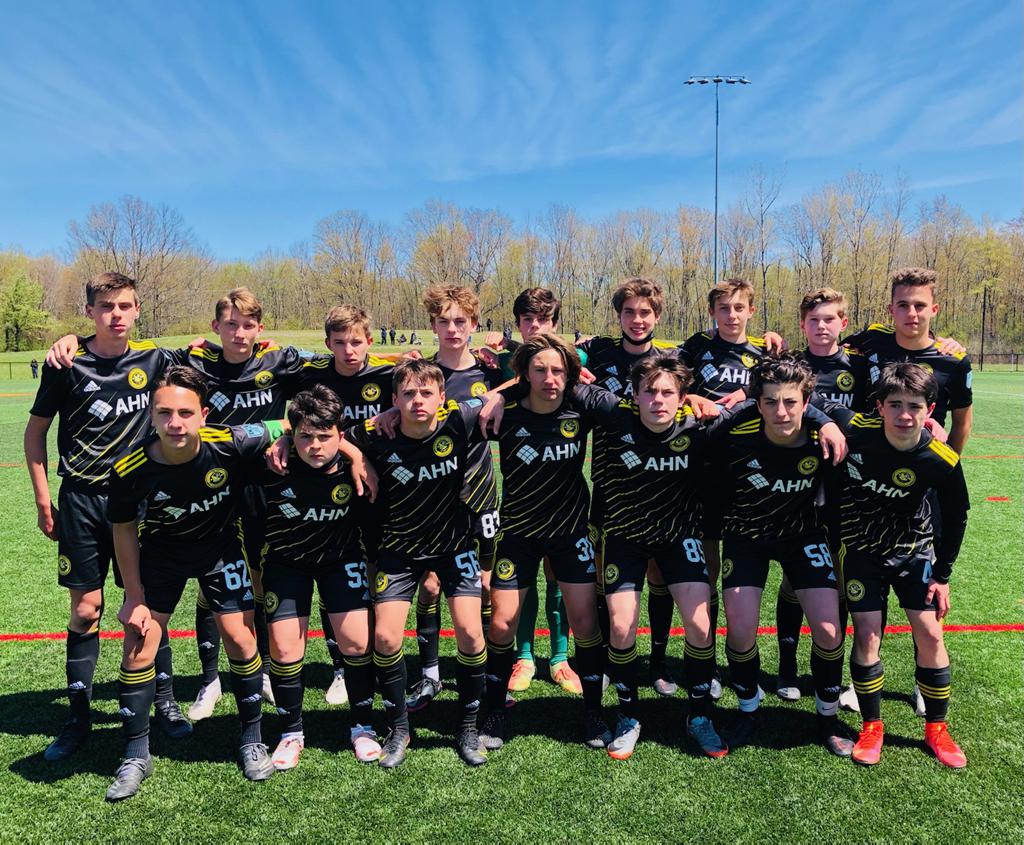 The 2005 Boys look ready for action ahead of their match Saturday, May 1 against the Western New York Flash in Buffalo, N.Y.

A light weekend for RDA matches still had some big league encounters, none more so than a trip north for the ECNL Boys sides to face the Western New York Flash in Buffalo, N.Y.

The 2002/03 Boys left it until late, but they captured a thriller of a win over the Flash, 2-1. TJ Cherry and Sam Farner got the goals after the Hounds initially trailed, while Gabe Norris and Anthony Shin were hailed by the coaches for top performances in the comeback.

Another win was picked up by the 06 Boys, who claimed the only clean sheet of the weekend by stopping the Flash, 2-0. JJ Simms picked a big moment to get his first ECNL goal of the year to open the scoring, and Johnny Krug added the second to put the result firmly in the Hounds column.

Nearly completing a comeback of their own were the 05 Boys, whose rally came up short, 3-2. A slow start resulted in the Flash grabbing a 2-0 halftime lead and adding a third despite the Hounds coming out in control after the break. Patrick Lopresti and Oliver Daboo got the Hounds close, but a third goal wasn’t there on the day.

Outside of ECNL play, the 06 RDA II Boys battled to a tough 2-2 draw with FC Alliance (Ohio). James Jayomahan scored a rebound goal, and Drew Vescio smashed a potential goal of the year, a full volley at the back post from a set piece that smacked the bottom of the crossbar before going in.

For more from the RDA action each weekend, visit the Live Results page at Riverhounds.com.