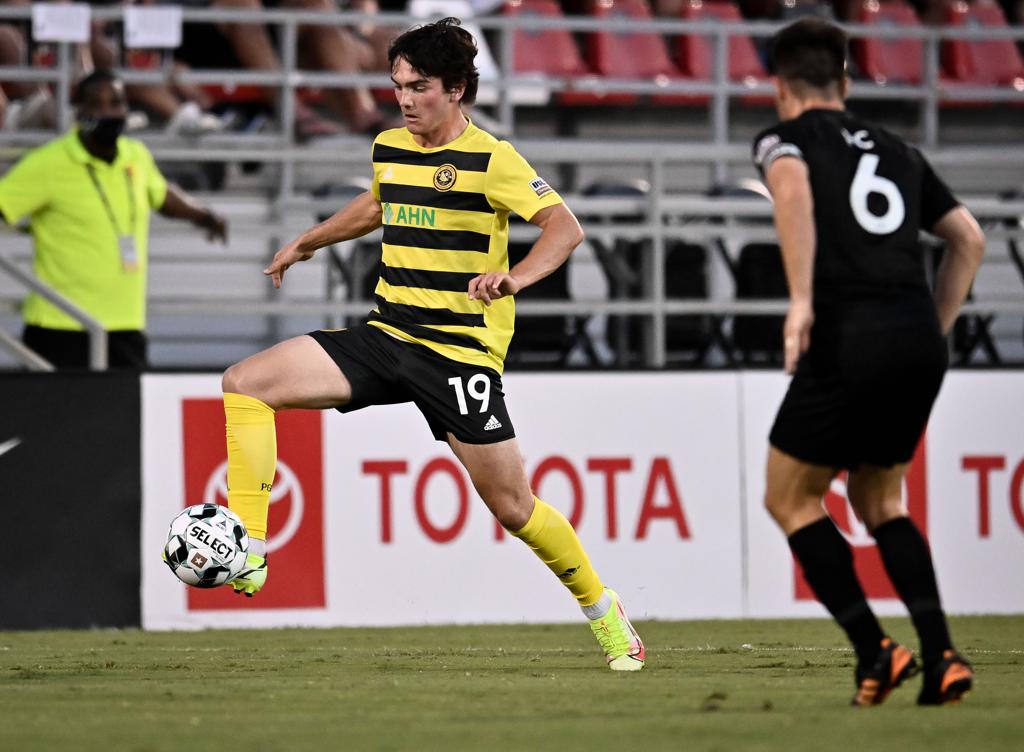 At the beginning of the season, starting a match for the Riverhounds seemed highly unlikely to Wyatt Borso.

“I was pretty naïve at the beginning of the season,” Borso said. “I never really thought of starting.

I talked with Bob (Lilley) at the beginning of the season, and he told me that it was about development and getting better every day, and good things would come from that. He said there would be injuries and squad rotations because we played several games in tight windows. This season has just been a great experience overall. I’ve learned a ton.”

Borso became the first Hounds player signed to a USL Academy contract back in April, which allowed him to practice as a full member of the first team while still maintaining his amateur status.

The 17-year-old worked hard to stand out from the crowd after arriving from his home in Aurora, Ill., and he has thrived in a leadership role with the Hounds Academy.

“Here, I got a few games with the Academy guys during the season, which helped with fitness,” he said. “Also, the coaches put me in a position of leadership, to where some of the guys could look up to me. It was good practice, and it helped me a lot.”

His role with the pro team provided quite the juxtaposition with academy play.

On the USL Academy League team, Borso was one of the older, more experienced players. On the pro team, he is the youngest player on a team full of veteran forwards.

However, Borso took the situation as a great opportunity to learn from professional soccer players.

“Every single person on the team has helped me this year in some way,” he said. “A lot of guys have been super helpful, directing me during the game or calling me out after the game. They’re just really good teammates. I got lucky; we have a really good locker room and everyone jells well together.

“Louis Pérez probably stood out as the most helpful. He talks to me a lot, shares his experiences with me, and obviously, everyone is older than me. I always welcome insight to help me grow, and he’s helped me a lot with my game.”

Borso made his professional debut on Aug. 11, logging seven minutes as a late attacking option in a 3-2 loss at the hands of Miami FC. That made Borso, already the first Hounds player born in the 2000s, the youngest player ever to take part in a competitive match for the Hounds.

He made two more brief appearances in the month of August, against Atlanta United 2 on Aug. 22 and at Hartford Athletic on Aug. 28, where he missed just wide of the net with a chance for his first goal in the final minutes.

Borso broke through with his first professional start against San Antonio FC on Sept. 4, tallying one shot in a season-high 45 minutes of action.

The milestone demonstrated Borso’s growth as a player over the last few months.

“Probably just my understanding of the game has grown the most,” he said. “Everything moves so much quicker at this level, in terms of movement off the ball and just how the game works. It’s a lot different than youth soccer.”

Borso will not be on the team sheet in tonight's meeting with Loudoun United FC at 7 p.m., but his improvement and recent play has put him in contention for more minutes over the season's final two months.