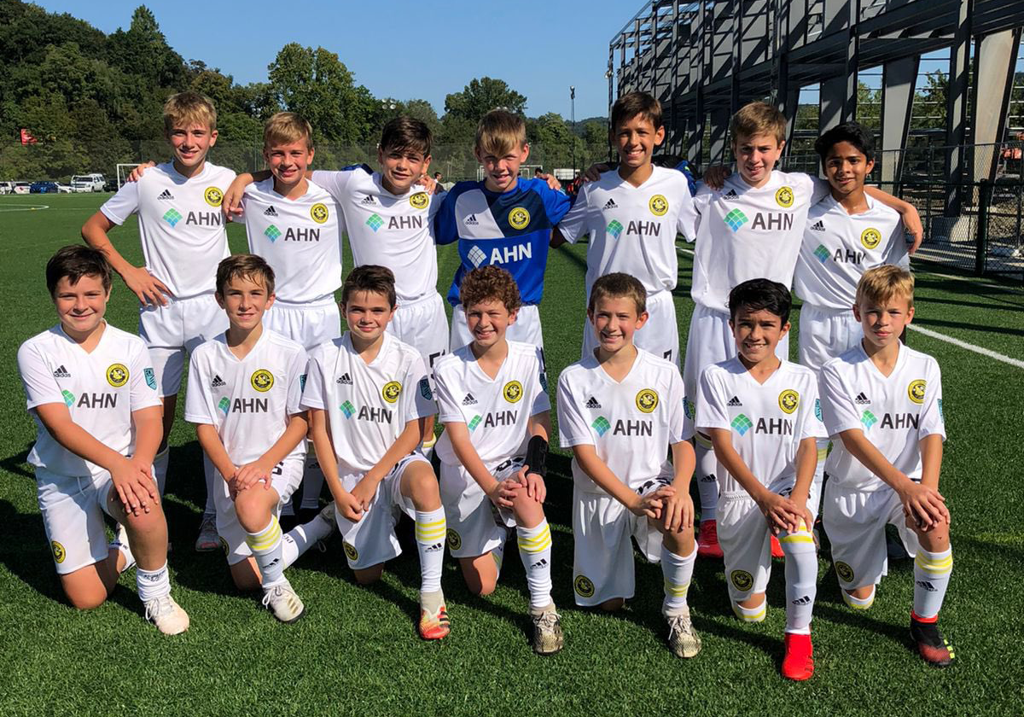 The 2009 Boys had a winning debut in ECNL play, defeating Vardar SC and the Michigan Wolves at Montour Junction in Coraopolis.

After tournaments got the 2021-22 competitive season started, last weekend was the first foray into league play around the Riverhounds Development Academy, and things couldn’t have started much better for the young Hounds.

The 2008 and 2009 Boys got to play host to Michigander opposition for the first weekend of ECNL play, and both teams kicked off their Ohio Valley Conference schedules by taking maximum points.

The 09s’ very first ECNL experience Saturday was a convincing 10-0 victory over Vardar SC that was paced by a Warren Agostoni hat trick, two goals and three assists by Dylan Shallenberger and a clean sheet by Connor Hileger. The next day was a tougher challenge from the Michigan Wolves, but Agostoni and Shallenberger were joined on the score sheet by Cole Caledonia and Moses Perkovich for a 4-1 victory.

The 08 Boys experienced similar success, as they began the weekend with a 7-0 win over Vardar. Their second match was knotted up until five minutes remained, when Braylon Woods scored the go-ahead goal in a 3-1 win over the Michigan Wolves. Owen Shearer had the Hounds’ other two strikes Sunday.

The Hounds’ girls sides in ECNL action played just a single match Saturday in Buffalo against the Western New York Flash. The 09 Girls had to grind out a result in their first ECNL action to get a scoreless draw, while the 08 Girls couldn’t convert enough scoring chances in a 2-1 loss to the Flash.

The Regional League girls sides also played in Buffalo, with Miladija Pavlovich scoring both goals in a 2-1 win for the 08 RL side and Addy Richardson scoring for the 09 RL Girls in a 1-1 draw.

For more from the weekend, including results from Great Lakes Alliance crossover matches in Ohio, visit the RDA Results page on Riverhounds.com.