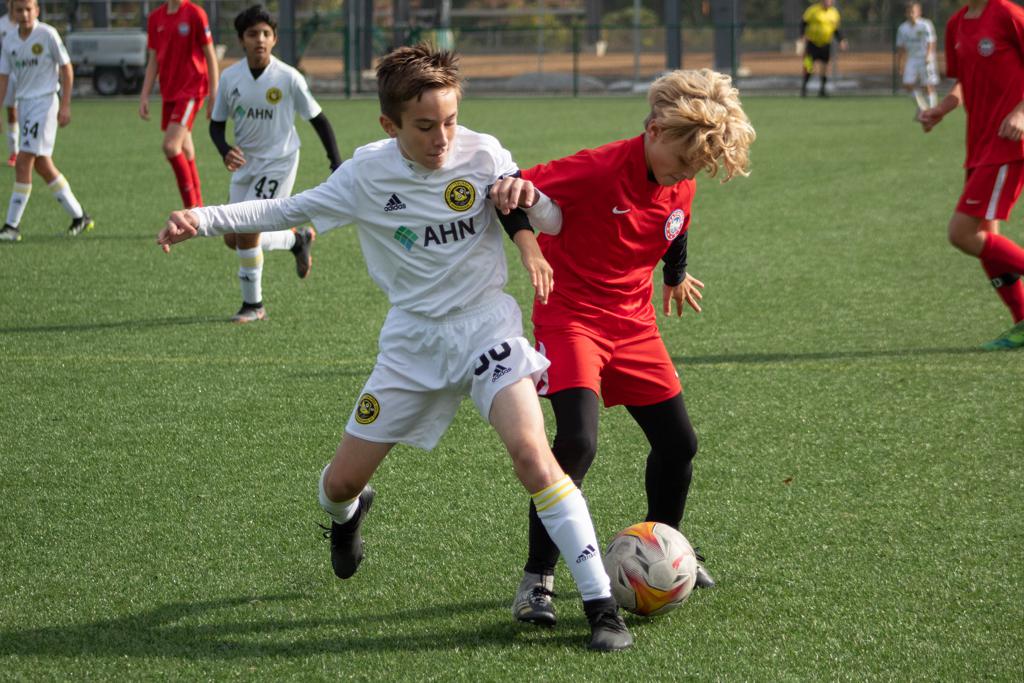 Ian McKenzie challenges for the ball during the 2009 Boys' ECNL match Saturday at Montour Junction against Nationals SC of Michigan.

Another league weekend for the Riverhounds Development Academy saw the 2008 and 2009 Boys kick off October playing host for ECNL matches at Montour Junction.

Visiting over the two days were Michigan club Nationals SC and Cleveland Force, two high-quality clubs that put the Hounds to the test.

The 09 Boys were able to split their two matches, topping the Force, 3-1, after a Saturday setback against Nationals, 4-1. Warren Agostoni netted a goal in both matches, and Dylan Shallenberger and Moses Perkovich added goals in the Sunday win, which pushed the side to 3-1-0 — second place in the young Ohio Valley conference season.

The 08 Boys had a tough opener against Nationals. Owen Shearer got the Hounds on the board with help from Ryan Maloney, but things fell apart in the final 10 minutes to turn a tighter match into a 7-1 loss. The Force then bested the Hounds, 2-0, setting up the need for a bounce-back weekend coming up in Ohio.

Other matches over the weekend in Great Lakes Alliance play included double wins for the 08 East Boys and 08 East Girls. Cole Radcliffe had three goals for the boys in wins over Worthington United and Perrysburg SC, while Annalyse Bauer's goal stole a 1-0 win for the girls Westerville United after she posted a hat trick in beating Columbus DPP.

Further results from the weekend, as well as news out of the RDA, can always be found on the Results page at Riverhounds.com.