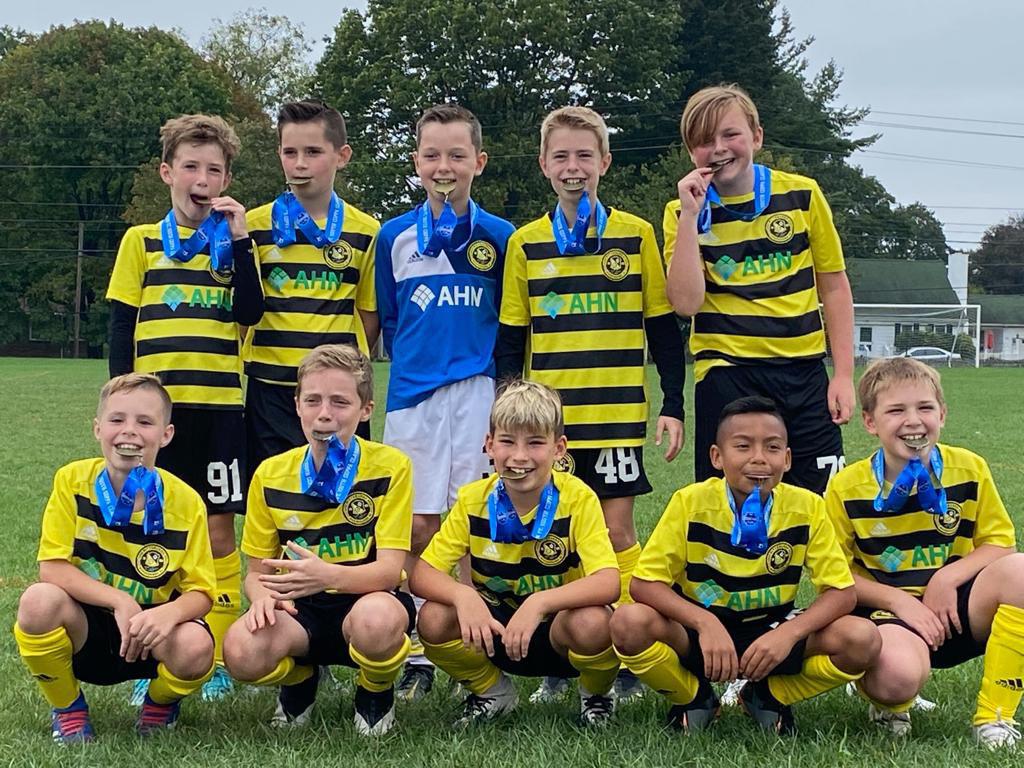 From tournament trophies to national camp call-ups, it’s been a pretty eventful week for the Riverhounds Development Academy.

The RDA had six players called into U.S. National Team events over the past week, while the club’s younger teams brought home eight trophies from the Penn FC Coppa Classico last weekend and other sides competed in ECNL play and at the prestigious WAGS Tournament in Virginia.

Before last weekend even kicked off, 2003/04 Girls player Tessa Dellarose was called into camp for the U.S. Under-20 Women’s National Team to take place next week in Chula Vista, Calif. The selection marks the oldest age group an RDA player has been chosen for at the national level, and it gives Dellarose a chance to make an impression with the CONCACAF Women’s U-20 Championships and the FIFA Women’s U-20 World Cup next year.

Along with that major news, Lola Abraham and Fiona Mahan (2006 birth year), and Molly Kubistek, Emma Schupansky and Simone Sharpless (2007 birth year) were invited to October Regional ID Sessions for the U.S. Youth National Team, giving those players additional exposure in front of U.S. Soccer coaches and staff with the chance to impress and, hopefully, receive a call-up of their own into a full U.S. national camp soon.

With all that good news off the field, the young Hounds weren’t to be overshadowed with their on-field performances in Harrisburg on Oct. 9-10.

The 2012 East Boys had the most exciting victory, as they defeated Penn Manor on penalties, 7-6, after a 2-2 draw in the final. Roman Salandra saved the final kick and scored the last goal in the shootout for the Hounds, who also got strong play from Quinn Readal and Connor Goodlin in the win.

The City’s 2010 Pre-ECNL Girls side won 3-2 over Severna Park (Md.) in the final, a rematch of a 1-1 draw in the tournament opener, while the 2010 RDA II Girls clinched a 4-0-0 record in their round-robin division with a 3-0 win over runner-up South Parkland. The 2011 Boys got the second hat trick of the weekend from Emi Vasquez in their clinching win, 5-1 over PA Classics, and the 2012 Girls polished off Bethlehem FC, 4-2, behind a MacKenzie Lindner hat trick, her third of the tournament.

The 2007 Girls made the trip to Leesburg, Va., for the WAGS Tournament and came home undefeated at 2-0-1. Melina Gill headed the team to a 1-0 win over OPSA Magic (Md.), and Mia Deramo and Chloe Karsman scored for a 2-1 comeback win over Arizona SC.

With two nationally ranked wins under their belt, the top spot in the group came down to a Sunday match with Sporting Delaware. Maddie Marcotte and Helena Walker scored for the Hounds, but the match ended as a 2-2 draw that saw Sporting advance as group winners on goal difference.

For more from the full weekend, including ECNL and ECNL Regional League matches in the 2008 and 2009 age groups, visit the Results page on Riverhounds.com. Also, check out @HoundsAcademy on Twitter for pictures of all eight Coppa Classico champion sides!