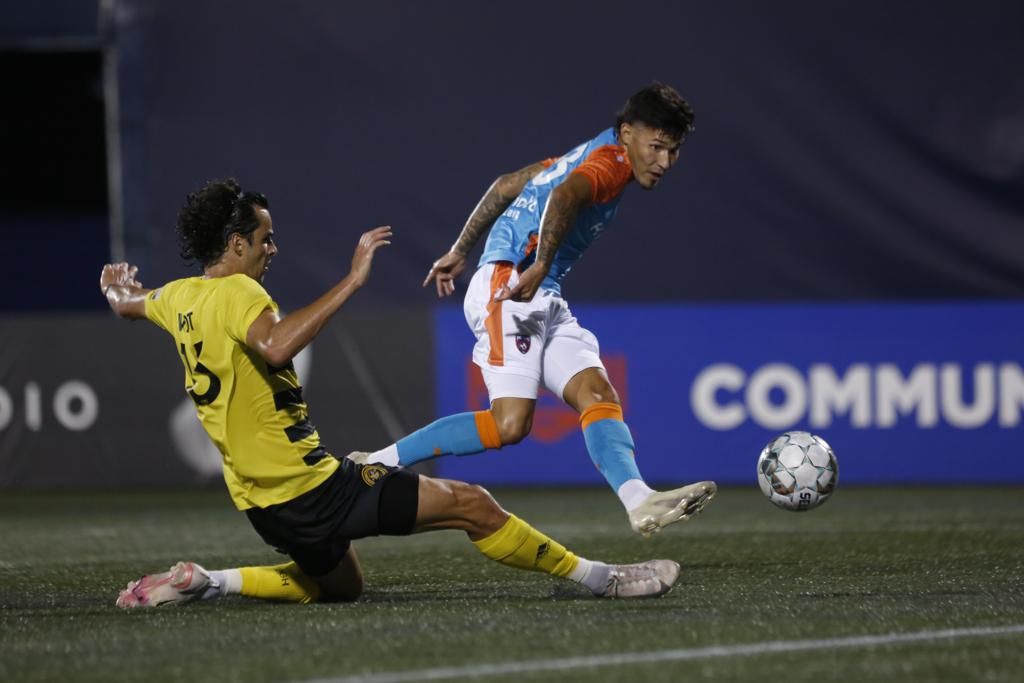 Playoffs, here we come! But this weekend will play a big part in determining just where those playoffs will begin for the Hounds.

The Hounds will be in Florida for the second time in three weeks for a 7:30 p.m. Saturday game against Miami FC, a team that has been a thorn in the Hounds’ side as much as any opponent. (Yes, even Charlotte.)

All three times the teams have met, the Hounds have scored the opening goal, only to have Miami rally — once for a draw and twice for 3-2 wins. Those dropped points are the reason the Hounds aren’t in control of their path to a home playoff game, as they still need Charlotte to drop some points in addition to getting a result against Miami.

With that, let’s look at the 3 Things that need to happen in Miami, or else the Hounds will be looking at the 3-seed (or worse) coming out of the Atlantic Division.

When the teams last met, Hounds fans were excited early when Kenardo Forbes had the team ahead after just three minutes. Back on Aug. 11 when the teams met in Pittsburgh, there was even more excitement when Forbes struck a volley that put the Hounds up 2-0 in the 50th minute.

Celebration of each of those goals was quickly cut short.

Lamar Walker scored for Miami on a long ball coming straight from the ensuing kickoff in the last meeting, and Miami hit back with goals by Christiano François and Speedy Williams in that Aug. 11 game, as all the Hounds’ hard work was erased in a less than a minute and three minutes, respectively.

Should the Hounds get the upper hand again in this match, the minutes immediately after the goal will be the most important. If Miami is forced to play from behind at length, it will entice the hosts to take more risks and lose patience, which in turn will open more space for the Hounds on the counter to hopefully, for once, put the result out of reach.

The Hounds have been vulnerable at times this season to long balls over the top, something exploited by Hartford, Charlotte and certainly Miami.

François’ tying goal in the first meeting was a long ball down the left flank not covered properly, and both Walker’s early equalizer and Pierre Da Silva’s game winner in the last meeting were products of thump-it-and-run plays.

The Hounds aren’t alone in having Miami’s speed give them problems, but they have to do better at covering back and forcing Miami to go through their line, not just over the top of it. There’s no magic formula to solving it, it just requires better awareness of when the break could be on and anticipating, rather than reacting.

Tactically, the one question for Bob Lilley is if he goes with the same back four he did last time against Miami — Dani Rovira, Jelani Peters, Mekeil Williams and Shane Wiedt — does he sacrifice some of the size for more speed, likely in the person of Jordan Dover at right back, or does he drop a midfielder and go with five at the back?

The home side have had just as many defensive struggles as the Hounds, giving up three more goals this year in one game fewer, but also having six (!) players sent off in 28 matches.

The latest player to have his night ended early by the referee was defender Paco Craig, who will be suspended for Saturday’s match. Craig is the most experienced member of the Miami back line, which could open even more opportunities for Alex Dixon and Russell Cicerone to turn players and force Miami to scramble.

The Hounds are at full strength and as rested as any USL side in October, so if there is any truth to the old cliché about the best defense being a good offense, this might be the game for the Hounds to prove it with Craig out and Williams’ availability in question after starting Wednesday for Jamaica in their 2-0 World Cup Qualifying win in Honduras.