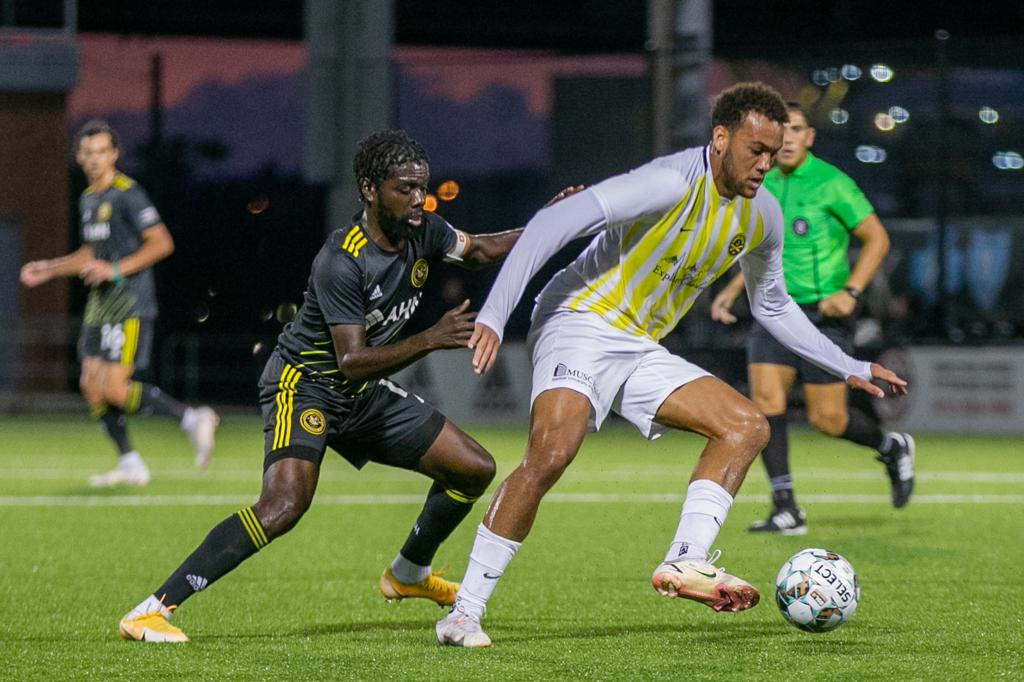 PITTSBURGH (Oct. 22, 2021) — Pittsburgh Riverhounds SC returns home when it hosts the Charleston Battery at 7 p.m. Saturday at Highmark Stadium. The match will be aired on 22 The Point and streamed on ESPN+.

For the Hounds (15-8-6), only a win will do as they try to track down Charlotte for second place in the Atlantic Division and the home game in the first round of the USL Championship playoffs that comes with it. That makes being at home a good thing, as the Hounds are 8-3-3 at home this season, including 4-0-1 in their last five.

Charleston (10-12-7), on the other hand, will miss the postseason for the first time since 2007 and only the fourth time in the team’s 29-season history. But there’s no indication the Battery have thrown in the towel, as they took the field Wednesday and handed a 3-1 defeat to the visiting Los Angeles Galaxy II — a team still battling to clinch a playoff spot.

The Hounds lineup will remain mostly unchanged with so much to play for and having not had a midweek match to deal with since early September. Jump-starting the offense will be a priority, as the team has not put a ball into the opponent's net in 204 minutes — although some of those minutes officially were wiped out and an own goal was awarded with USL's decision to order a replay to the end of the last match against Miami.

The three previous meetings between the sides this season yielded a 1-1 draw and a 3-2 Hounds win in Charleston and an electric 3-3 draw in the most recent meeting Sept. 25 at Highmark. Expect goals once again, as the Battery are one of just seven Championship sides to have had more than 100 goals (for and against) scored in the matches they have played.

Russell Cicerone (15 goals, seven assists) and Alex Dixon (nine goals, eight assists) remain the Hounds’ top weapons, though Kenardo Forbes has been the team’s top finisher since Sept. 11 with four goals, and both forward Tommy Williamson and midfielder Todd Wharton have a pair of goals in that stretch. A balanced attack is right up coach Bob Lilley’s alley, though no doubt he would like to see his big guns up front get on a roll before the playoffs begin in two weeks.

Charleston’s set pieces have been a thorn in the Hounds’ side, as three of their six goals against Pittsburgh have come from dead balls. That doesn’t mean they can’t score in the run of play, as well, as Geobel Pérez and Romario Piggott — who came off the bench to score the winner against Los Angeles — have both scored in the run of play against the Hounds and give the Battery dangerous threats down the wing and on the counter.

Off the field, Saturday will be the Hounds’ Pride Night, presented by K&L Gates. The Tailgate Zone — now with new lighting as the days get shorter — will be rocking again starting at 5 p.m. with music, Riverhounds Session Copper Ale and other beverages, and food from Los Gingos Tacos and Mr. Bulgogi Korean Grill. All ticketed fans are able to enter the Tailgate Zone and enjoy the fun!

Still available for the upcoming homestead is the Tailgate Zone ticket offer, which includes one free Hounds Ale or Coke product in the price of a Supporters Section ticket. Separately, use promo code DOVER to receive up to 20% tickets in select sections. Both of those offers are available through Ticketmaster, and tickets also can be purchased in-person at the Highmark Stadium Box Office or by calling 412-865-GOAL.