Match to be streamed on ESPN+ 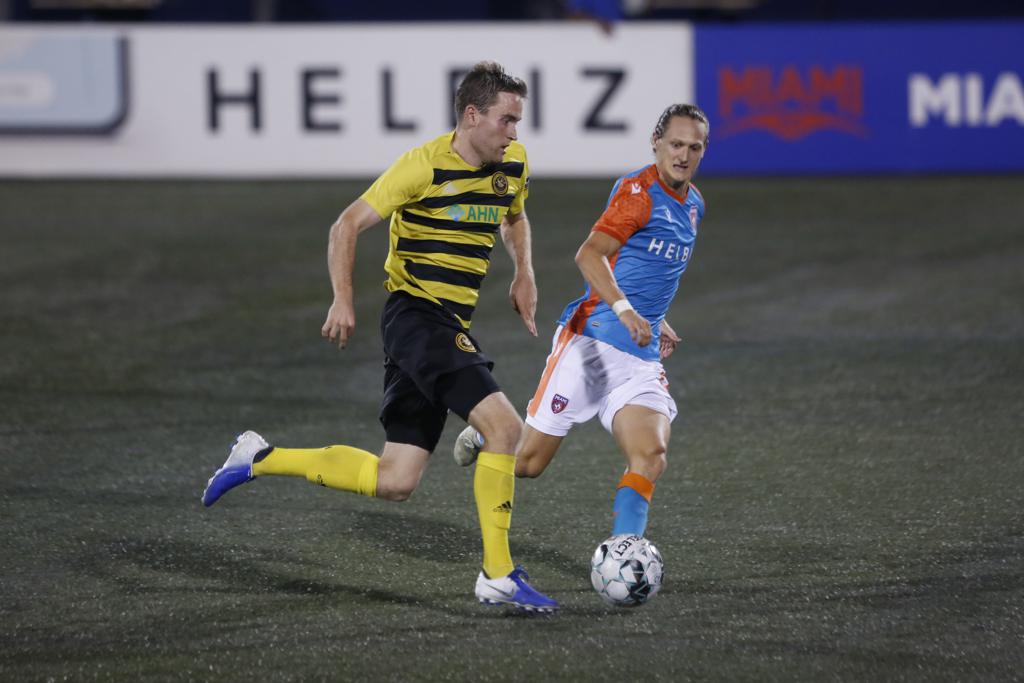 PITTSBURGH (Oct. 26, 2021) — Pittsburgh Riverhounds SC makes its third trip to Miami FC in the span of a month under unusual circumstances, as the teams will replay the final 24 minutes of their Oct. 16 match on Wednesday at 7 p.m. at Riccardo Silva Stadium in Miami.

The game will be available only through ESPN+ streaming.

The replay was ordered by the USL Championship after an own goal put into the Miami net was wrongfully disallowed by the match officials. Because of the misapplication of the Laws of the Game, giving a corner kick restart rather than awarding the goal, the match will resume with the Hounds leading 1-0 entering the 67th minute.

While it is the first time the Hounds have been involved this sort of replay, the team has had to replay matches for other reasons, most recently in 2019 when rain washed out the team's match at Memphis 901 FC midway through the game, forcing it to be started over and played in full four months later.

But in this case, the Hounds and Miami join a list in U.S. sports history that includes George Brett's blow-up in the infamous Royals/Yankees "Pine Tar Game" in 1983, Shaquille O'Neal's erroneous "sixth" foul in a 2008 Heat/Hawks game, and others that were ordered to be replayed by their respective leagues for an official error.

The shortened match is critical for playoff seeding coming out of the Atlantic Division. Miami needs a win to have any shot of catching the Charlotte Independence for second place, while the Hounds’ easiest path the second is to win its remaining two games and hope Charlotte drops points in one of its final two.

Despite the odd situation, the Hounds are expected to send a full-strength side to Florida with a chance to bring the playoffs to Highmark Stadium on the line. That means it will be a chance for Russell Cicerone to add to his team-leading 16 goals, as he took sole possession of third on the club’s single-season scoring list with his game-winning goal Saturday in a 2-1 win against Charleston.

Miami, meanwhile, has played twice since the original match against the Hounds. They lost 3-0 at Tampa Bay in what was a huge blow to their home-field hopes, but Miami bounced back with a 2-0 win over the weekend over New York in which former Hounds forward Christiano François netted his team-high 11th goal of the season.

The original match report of the Oct. 16 game can be found here. The Hounds will return home to close the regular season at 7 p.m. Saturday when they host Hartford Athletic. Tickets for the regular-season finale are available via Ticketmaster or at the Highmark Stadium Box Office.