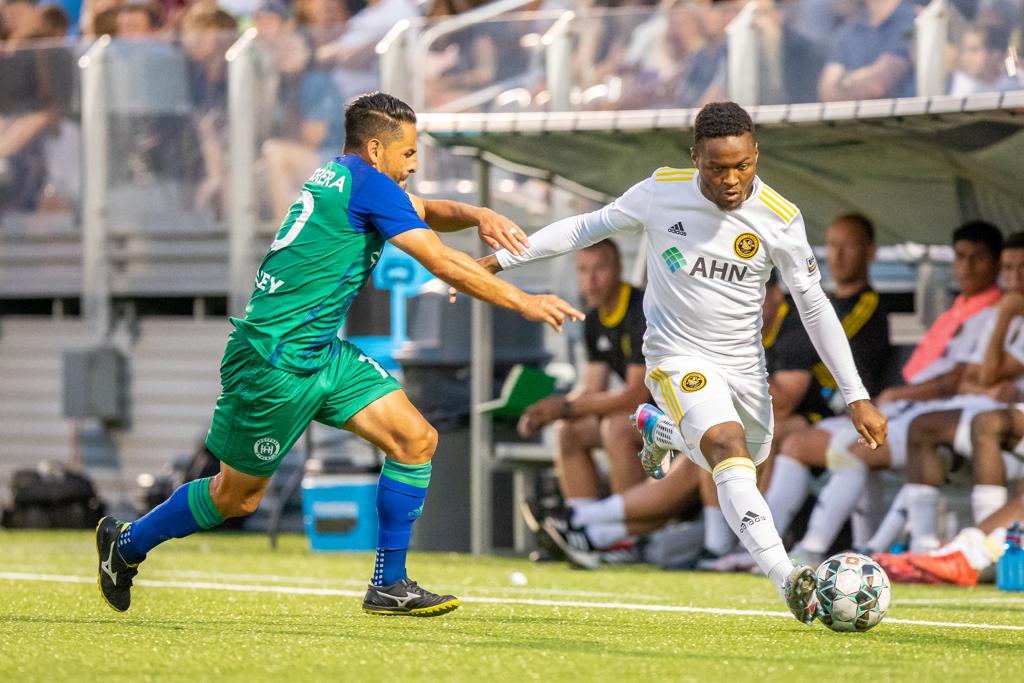 There’s no rest for the Hounds, as plenty is on the line in their regular-season finale Saturday night at home against Hartford Athletic.

The chance to host a home game in the first-round of the playoffs — something that eluded the Hounds a year ago with a late-season loss to Hartford — is the biggest prize on the line, but even home-field for later rounds, which is determined by total points and not placing within the division, could be affected if the Hounds can add three points to their column.

And even though the Hounds have gone 2-0-1 this season against Hartford, all three games have been tied at the 83rd minute or later, meaning both teams expect another tightly contested affair.

So with a big finish expected, here are the 3 Things to watch tonight:

Hartford brings the USL Championship assists leader, Danny Barrera, to the field, and he has a goal and an assist to his credit in the three previous matches against the Hounds.

So much of what Hartford does in the attack goes through him, and the Hounds have a few options on how to mark him.

The first option would be to clog the holding midfield area with a second player, likely Todd Wharton, joining Danny Griffin to reduce the amount of play going through the middle. Alternatively, as Barrera can be just as dangerous from the wing as he can in the center, assigning a high-energy player like Dani Rovira to mark him — as they did with Miami’s Ariel Martínez — could be another option.

Whatever the Hounds choose, cutting the supply line will be essential to stopping Hartford’s attack.

With both nursing injuries that presumably would impair mobility, that should be a green light for the likes of Tommy Williamson, Russell Cicerone, Alex Dixon and anyone else in an attacking position to increase their movement and attack with pace.

Of course, Hartford could opt to go with less experienced players and give fresh legs a run in what will be their team’s final game. If that’s the case, the Hounds still should seek an advantage by making smart runs and doing what they can to create indecision amongst the Hartford back line.

Depending who Hartford sends out, the Hounds should tailor their attack accordingly.

As is common for most teams come playoff time, the Hounds have settled into a firmer lineup than at any point of the season, with the only remaining rotation occurring as the team switches between a five- and four-man back line.

Likewise, the players off the bench — Anthony Velarde, Louis Pérez and whoever among the defensive group is dropped from the 11 — have been mostly the same faces throughout October.

Because there is still much on the line, it’s hard to think Bob Lilley’s lineup card will be at all different from the past four or five matches. But there is the chance he uses this final regular-season match to send out a player or two who has seen limited time recently, as there’s no way to predict injuries or other issues over the course of what the Hounds hope is a month-long postseason run.