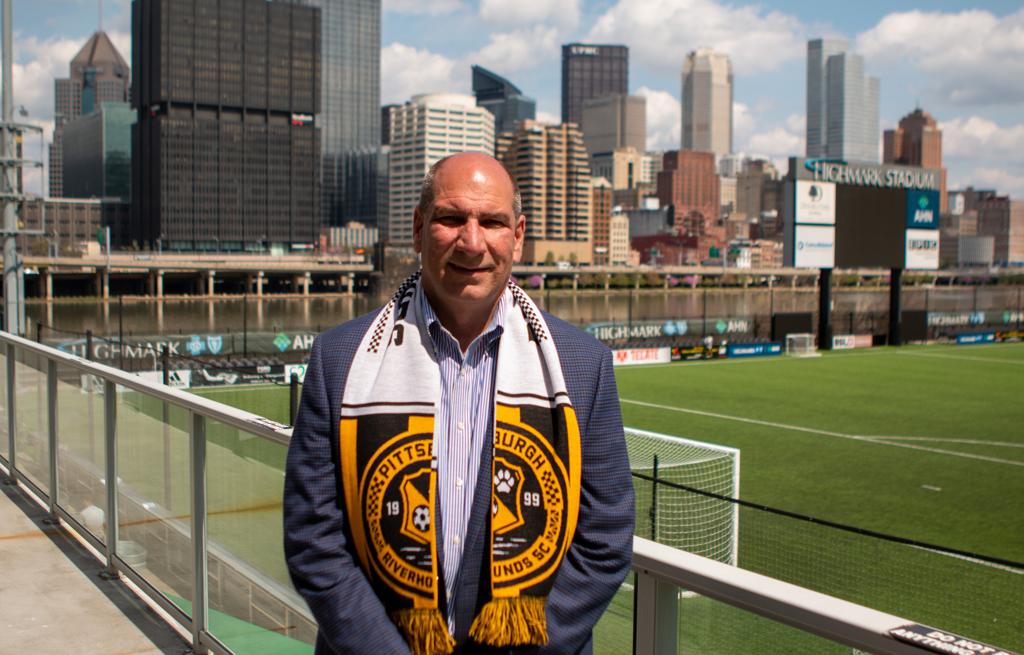 “I’m honored to have the chance to return to Pittsburgh and lead one of the founding teams in USL,” Gregovits said. “The Riverhounds have a special place in both USL history and in Pittsburgh sports, and I look forward to helping the team continue its growth at Highmark Stadium.”

Gregovits was raised in West Homestead, Pa., and is a graduate of Bishop Boyle High School and Robert Morris University, where he received his degree in sports management. He is no stranger to soccer in Pittsburgh, as he began his career as an intern for the Pittsburgh Spirit indoor soccer team during the 1985-86 season.

From there, Gregovits embarked on a career that has included stints with the Minnesota Strikers indoor soccer team, the Cleveland Cavaliers, the Cleveland Indians as Director of Ticket Sales, the Philadelphia Eagles as Vice President of Sales, the San Antonio Commanders of the Alliance of American Football as President, and back home with the Pittsburgh Pirates as Vice President of Marketing and Broadcasting from 1997-2003.

After serving with the Pirates, Gregovits also returned to Robert Morris as the CEO of the school’s Island Sports Center Complex and had a second stint with the Cleveland Indians as Senior VP of Sales and Marketing, serving nine years in that role from 2004-13.

Most recently, he was President of the Louisville Bats, the Class AAA minor league affiliate of the Cincinnati Reds. He also has consulted with sports franchises across multiple leagues with naming rights agreements, corporate partnerships and strategic planning.

“As part of our ongoing commitment to make the Riverhounds a top team, on and off the field, we’re thrilled to bring someone with Vic’s experience and leadership to Pittsburgh,” Riverhounds owner Tuffy Shallenberger said.

In addition to his sports roles, Gregovits has served on the Board of Directors of the American Cancer Society and on the Robert Morris University Board of Trustees.

Vic and his wife, Patty, have two children, Jason and Samantha.