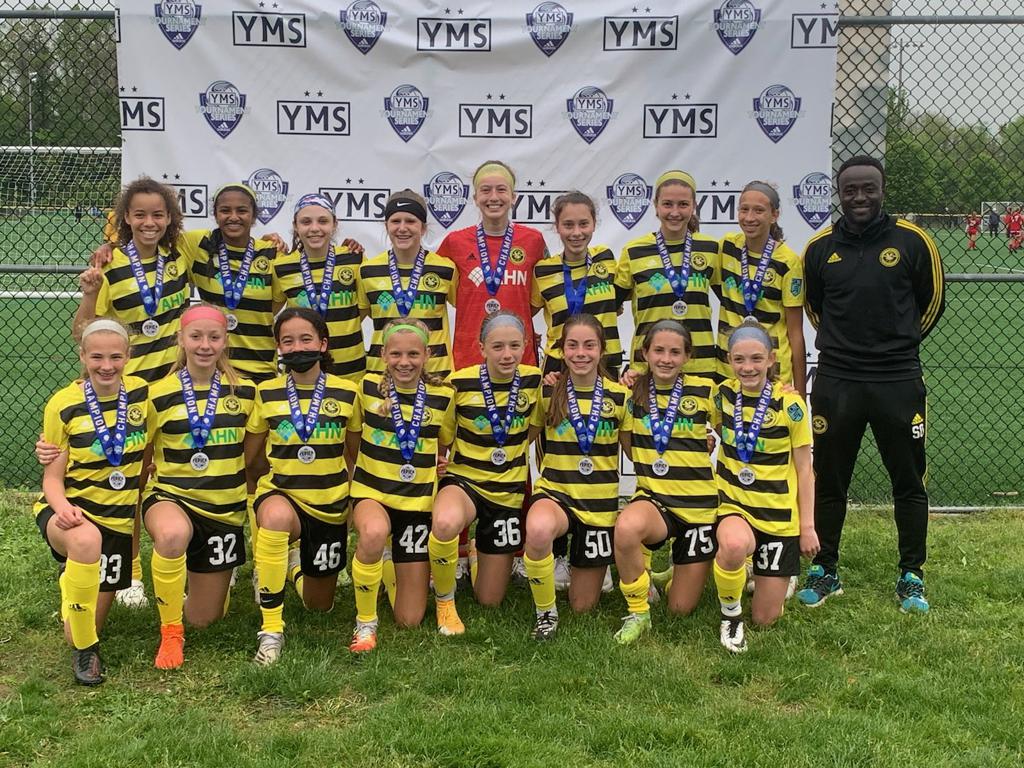 The 2007 Girls team swept through competition from Eastern Pa. and Eastern New York to win the top tier of the YMS Epic Tournament in Yardley, Pa. on May 8-9.

Another busy weekend culminated in a trophy for the girls’ outing at the YMS Tournament in Yardley, Pa.

The 2007 Girls cruised to a 2-0 championship win over FC Europa (Pa.), behind two goals from Sierra Dupre. It also was the second shutout of the day posted by Molly Kubistek, as the team started Sunday with 3-0 win against Capital United (N.Y.) to move onto the championship.

Their weekend started with a 2-1 win over the same FC Europa team they met in the final with goals from Dupre and Simone Sharpless, and a 3-1 win over Europa Lions FC (N.J.) to secure their spot in the semifinals.

Bubby Towns and Anders Bordoy scored two goals each en route to a 5-0 win for the 04 Boys on Saturday. The 05 Boys also shut out the FC Pride, 3-0, behind two goals from Patrick Lopresti, while the 06 Boys picked up two wins over the weekend, starting with a 5-1 win over FC Pride on Saturday. Five different players scored for the 06s in the win, and they routed the same opponent Sunday, 5-0.

The 06 Regional League Girls also got a good win over FC Pride, bouncing back from a 6-3 loss Saturday to the Indiana Fire by moving the ball well and breaking down a stubborn Pride squad for a 3-0 win.

For more from the RDA action each weekend, visit the Live Results page at Riverhounds.com.