Goalkeeper made four saves, including PK stop, to record seventh shutout of season 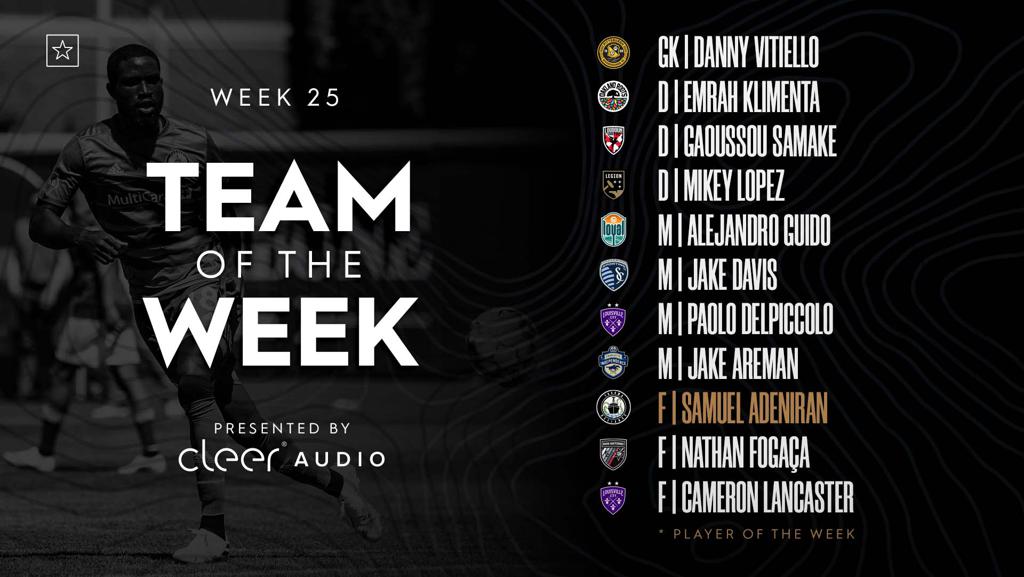 PITTSBURGH (Oct. 12, 2021) — Pittsburgh Riverhounds SC goalkeeper Danny Vitiello was named to the USL Championship Team of the Week for Week 25, the league announced this afternoon.

Vitiello made four saves, including a penalty kick stop to preserve a one-goal lead, in the Hounds’ 2-0 win Sunday over the Eastern Conference-leading Tampa Bay Rowdies. The Rowdies, who entered the game riding a nine-game winnings streak, have only been shut out five times this season, two of them by Vitiello and the Hounds.

It was the seventh clean sheet of the season for Vitiello and 12th in his two years with the Hounds, which ties him for fourth in club history with Dan Lynd. In addition to the Team of the Week nod, Vitiello placed second in Player of the Week voting behind winner Samuel Adeniran, who scored a hat trick Saturday for the Tacoma Defiance.

For Vitiello, it is the first selection this season to the Team of the Week, presented by Clear Audio. He previously was named to one of the team’s bench spots in Week 6 of the season. To see this week's full Team of the Week, visit uslchampionship.com.

The Riverhounds return to action in their final road match of the regular season when they face Miami FC at 7:30 p.m. Saturday. The game will be shown on 22 The Point and streamed via ESPN+.